While lacking the massive involvement of Hub Velo club members of recent weeks, we were still far from dormant in this week’s races!

Kicking things off, Calvin competed once again in the Full Gas Track League at Lee Valley Velodrome, on Thursday. Slotted in the B group, he competed in all the three races of the evening, with varying degrees of success. Here is what he had to say:
“I got off to a good start in the scratch race, breaking away solo from the bunch with 7 laps to go. Unfortunately I was caught with 100m to go, finishing in 6th place. The next race was the reverse win-out, where I stayed safely in the bunch and won the penultimate sprint to claim 2nd place, while deciding not to contest in the final sprint for the top spot. To conclude the evening, I scored well in the points race, before cracking on the last lap missing out on double points to finish 4th.”
Given that this is what he means by “off-season”, it is no wonder that the rumour mill is filling the air of whispers of him entering a CX race soon, despite having never even ridden a cross bike… 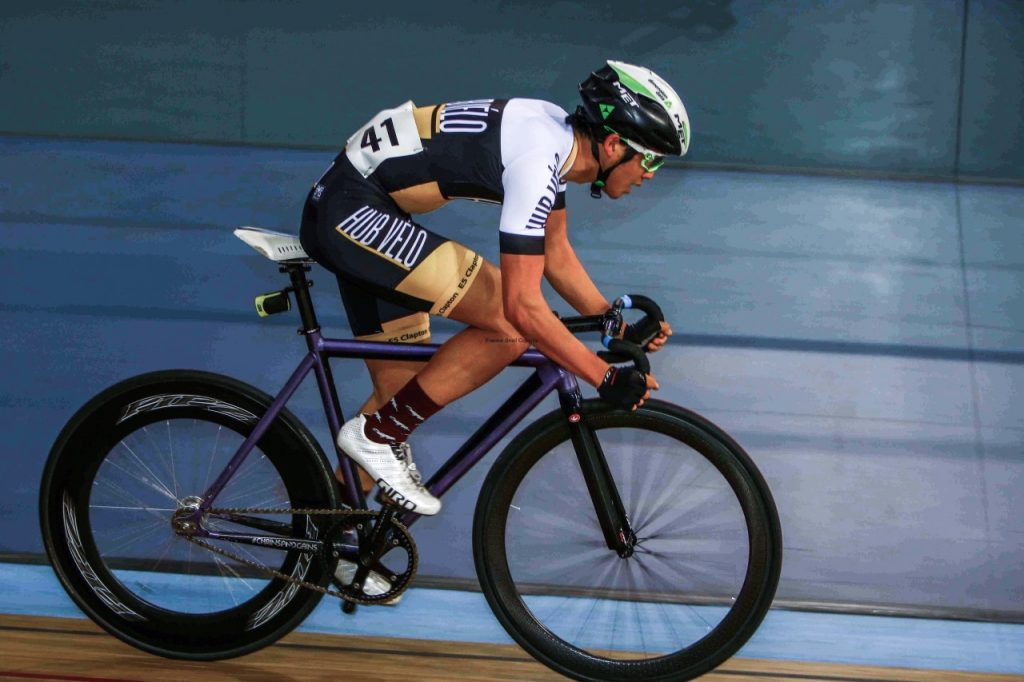 On Saturday, Gary and Enrico engaged in a hilarious and lengthy drive to Redgrave, where they where joined by Serafino to compete 11th round of the Eastern CX League took place. On a chilly day, and with a course that made spectacular work of particularly unexciting terrain to provide good racing and some unexpected challenges, Serafino fought hard to reach the 6th position in the U14 category, and 24th in the Youth race. Given a recent string of hard crashes and illness, sidelining him for the entire week leading up to the event, it was a solid and gritty ride by the younger of the Sella brothers.
As promised, Gary entered both the V50+ race and the Senior one, at what he dubbed as “his favourite cross course” . With these weird views in mind, here is his account of the day:
“with a couple of places in the V50 available, I had an extended period of course practice, finishing 73rd out of 83 starters. Despite rumours that the Commissaires had insisted that I carry on in the V40 race and then do a rolling start to the Senior race, I took a break and got changed into clean kit, new numbers and then went again, finishing 45th of 46 starters. A course that was heavy and using as much of the small space as possible was interesting enough with a surprising challenging “BMX” section!”
Despite praising profusely the organizers for doing their best with very little, Enrico did not get on particularly well with the course, and after a slow start went on to finish 21st, behind some of the guys he usually battles with. Opportunities for redemption abound, though, with the Regional Champs coming up next Sunday! 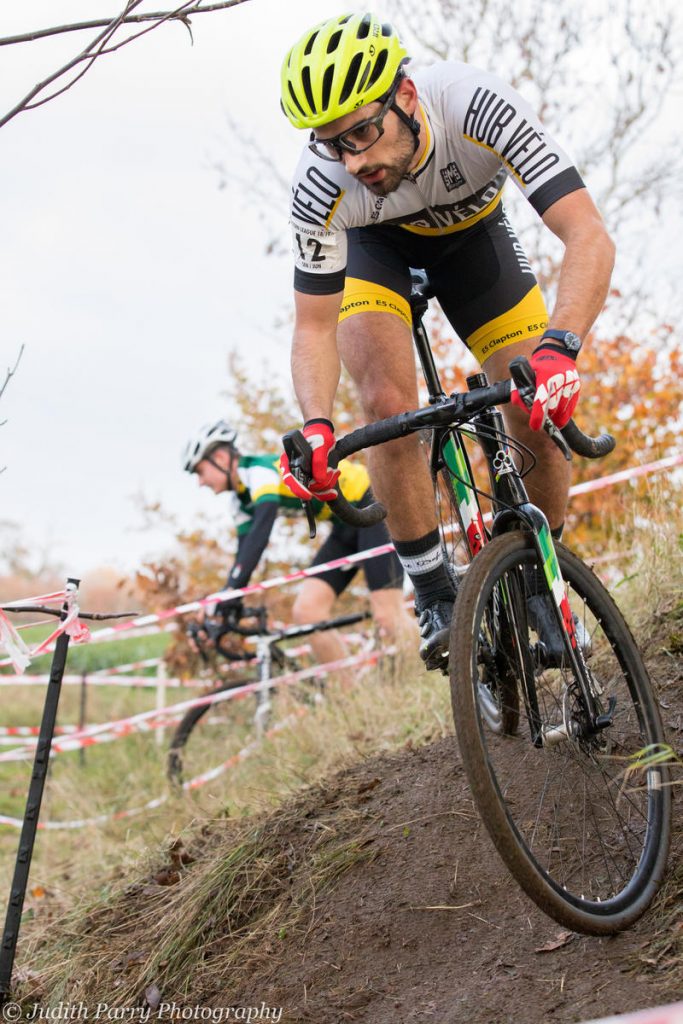 On Sunday, it was once again CX action for the members of the club, with Adam competing in the Central League and Alessandro and Anoushka dancing on the big stage in York, at the fourth round of the National Trophy.
Adam had a particularly eventful day at a new location at Swanbourne School. In his words “the course was technical, greasy and challenging. I got a decent start from the 7th row of the grid and for the first few laps was surrounded by familiar faces in the middle of the ‘pack’ and then my error of removing a bit of air from his tyres just before the start of the race became my downfall. After 4 laps my front tyre went flat – no doubt a snakebite puncture on the rutted section of the course. 2 laps of limping around the course lost me around 30 places, and valuable points. I finished 84th.”
On the other hand, York proved to be slightly more favourable to our guys. Alessandro had his best finish of the year at the national level, slotting in 51st in conditions that may be best described as a muddy soup. Anoushka bounced back from the disappointment of the last round to finish 6th. That means that she is going to be back on the first row for the next round in Ipswich, in two weeks time! 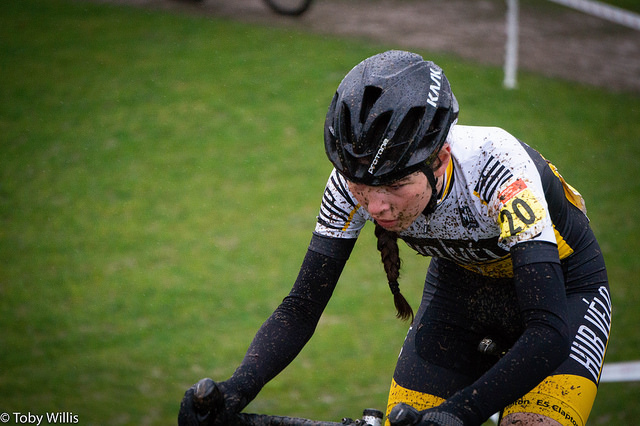 And with that, we can only send massive thanks to all the race organizers, commissaires, volunteers and photographers for playing a vital role in ensuring we got our weekly dose of entertainment and flattering pictures!