It was a very busy weekend for Hub Vélo club members, with people getting into all kinds of racing and riding in glorious sunny and warm weather.

Things kicked off on Saturday, where a big and varied group of more than 50 people (both club members and non club members) took part in the Classic of the Fallen Leaves. The great routes – planned by Gav and thoroughly recce’d by several people – were coupled with perfect conditions and very little drama, resulting in great times for all involved. Riders’ reports are gleaming about the event, with some mentions of Lucas lane as “magical” and things being so cool that some even forgot to take pictures (or maybe phones died!). An honorable mention goes to those that braved the off-road segments on road slick tires, and a more detailed report will follow soon. For now, just follow the #hubvelo trace on instagram to see more pics from the participants!

On the racing side, James, Kai and Alex (who’s only recently gotten back on the bike after a broken leg!) raced the Cat 3/4 Crit Series at the Velopark. With James engaging in a lengthy solo breakaway and Alex following suit later on, things were looking prime for the team, when the race was stopped due to a nasty crash. An unfortunate outcome in terms of points for our riders, but most importantly in terms of health for all those involved, to whom go our healing vibes! 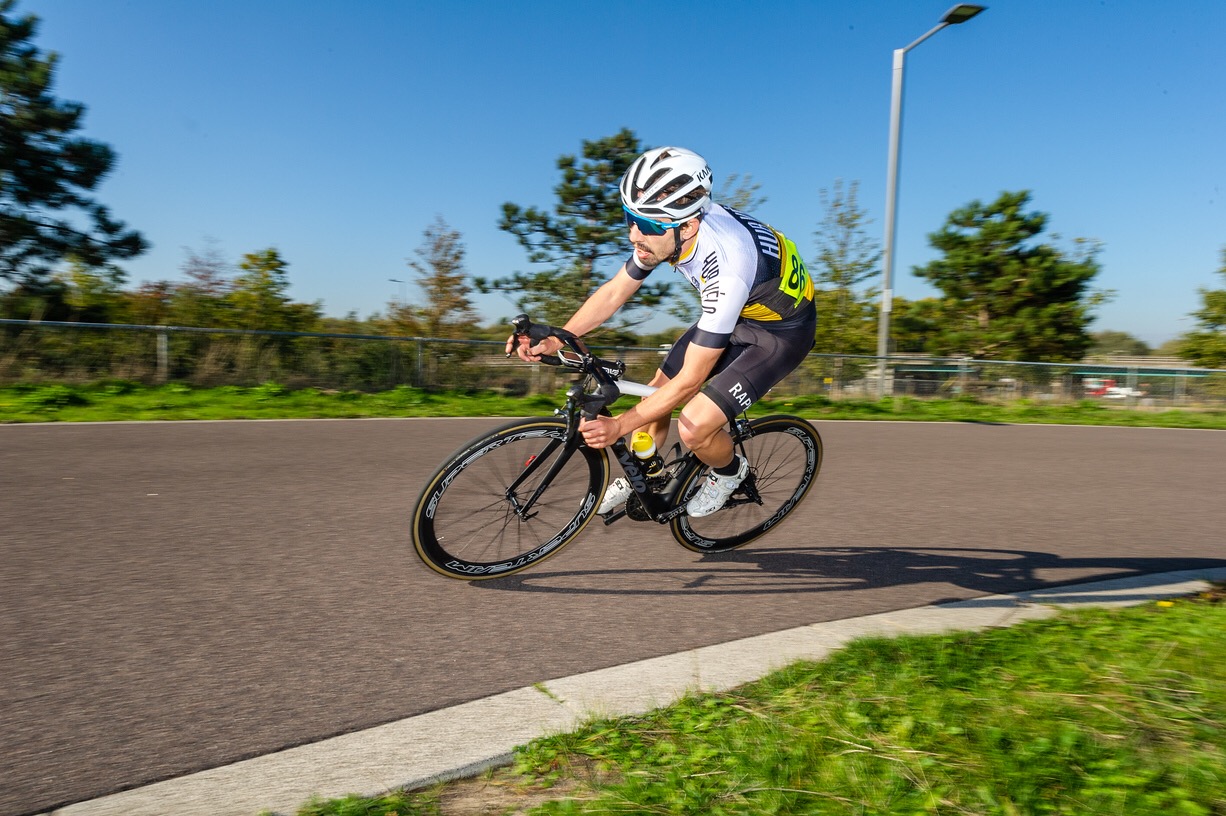 James, hard at work during his breakaway.

The following day, once again blessed with impressive conditions, saw a full slate of action, both in Hill Climb and CX terms.

Calvin winning both the color coordination and the actual race.

On the former, Calvin bagged a nice win in the Berkhamsted CC Hill Climb on Tom’s Hill in Aldbury. With a short and not too steep course, he was able to win with a time of 2.06 and three seconds on 2nd place. 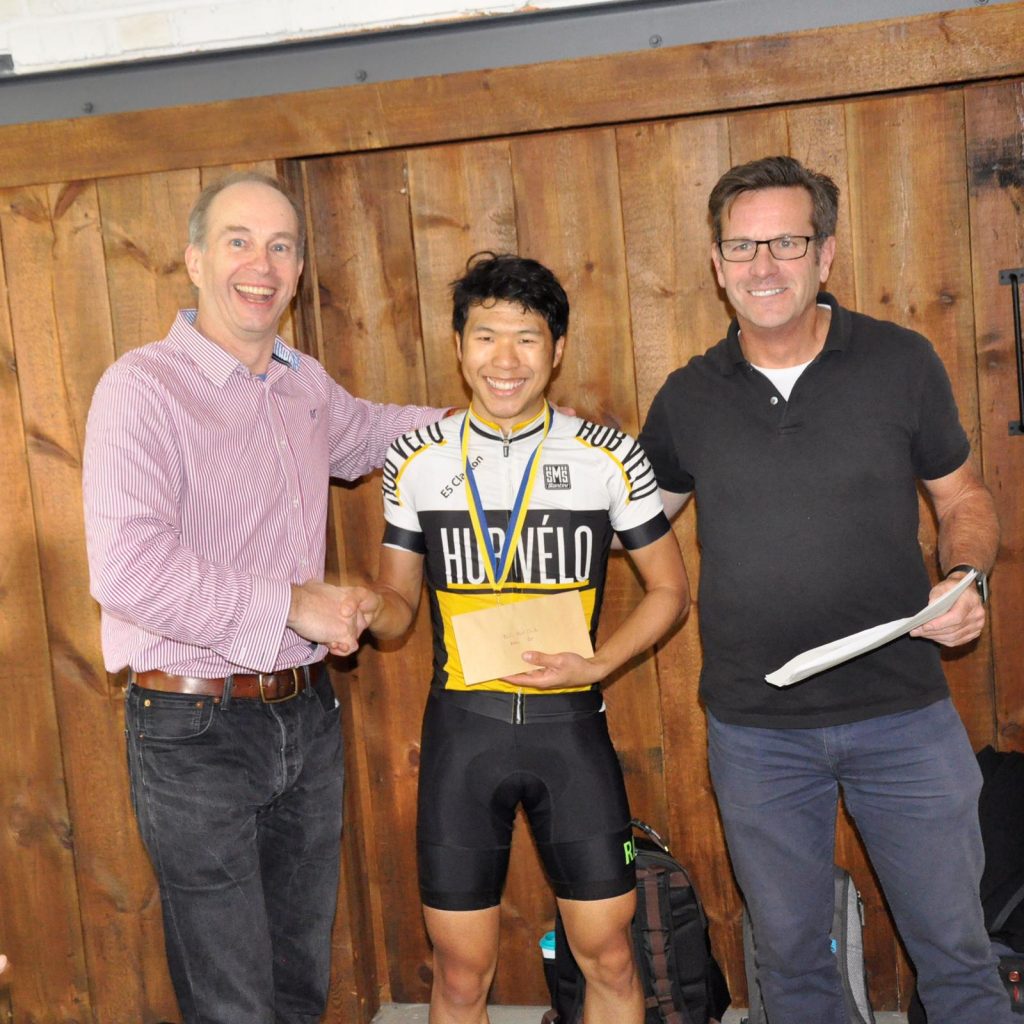 Calvin was stoked about the win. A good build up for next weekend’s Nationals!

All in all, a great result and good prep – and confidence boost! – ahead of next week’s Nationals in Stockbridge (best of luck for that!!).
CX

On the latter, we had several contingents scattered across numerous leagues.

Gav and Marika went on to race the sixth round of Wessex league in Southampton. Both relatively new to cross, they went on and smashed the dry and grassy course. After some (albeit very common) confusion about his age and some troubles in the treacherous off-camber section, a devilishly looking Gav placed in 44th out of 53 starters, while Marika was hard at work learning the ropes of the discipline, in her first ever CX race! 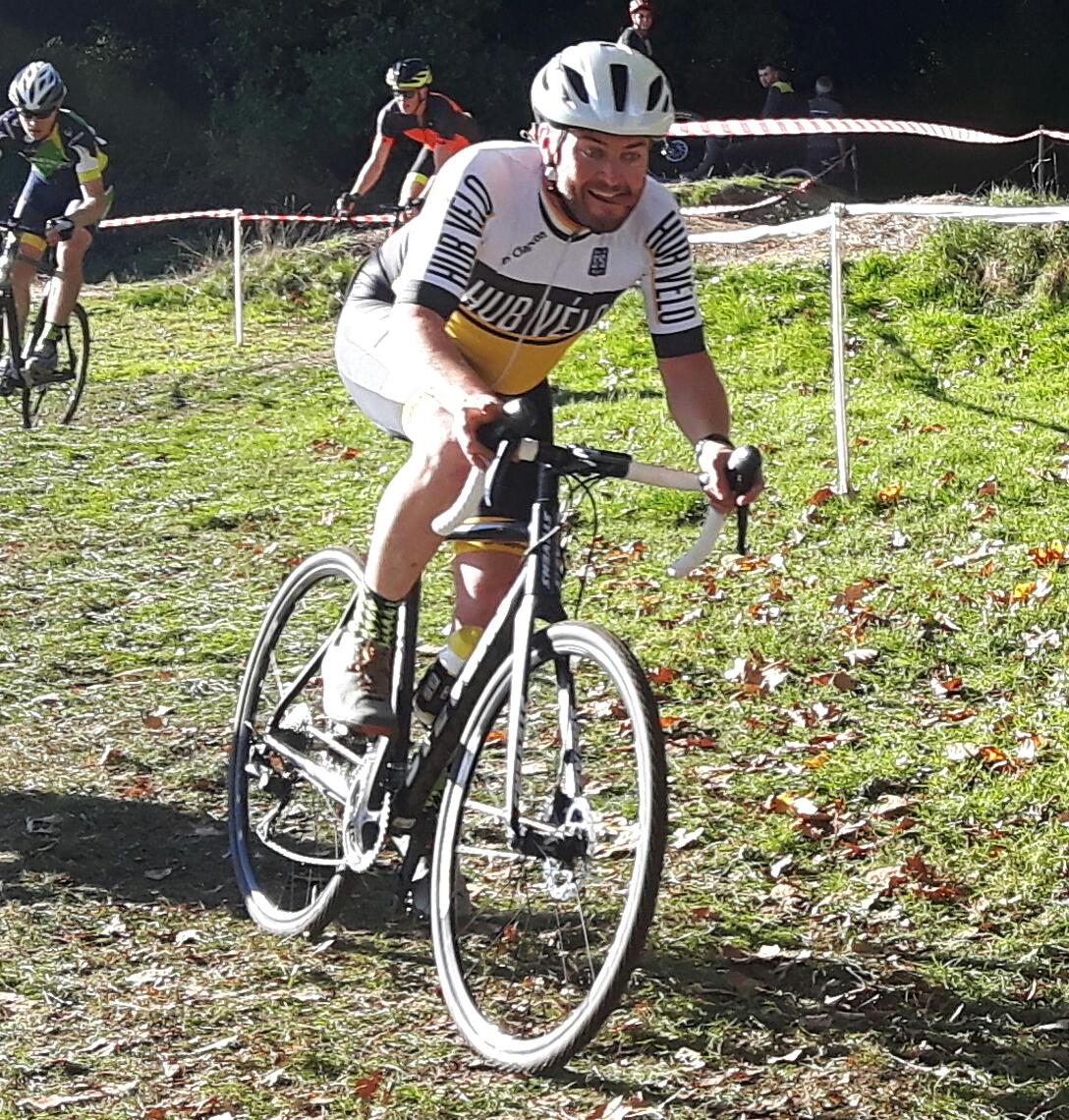 Gav being VERY stoked on cross. 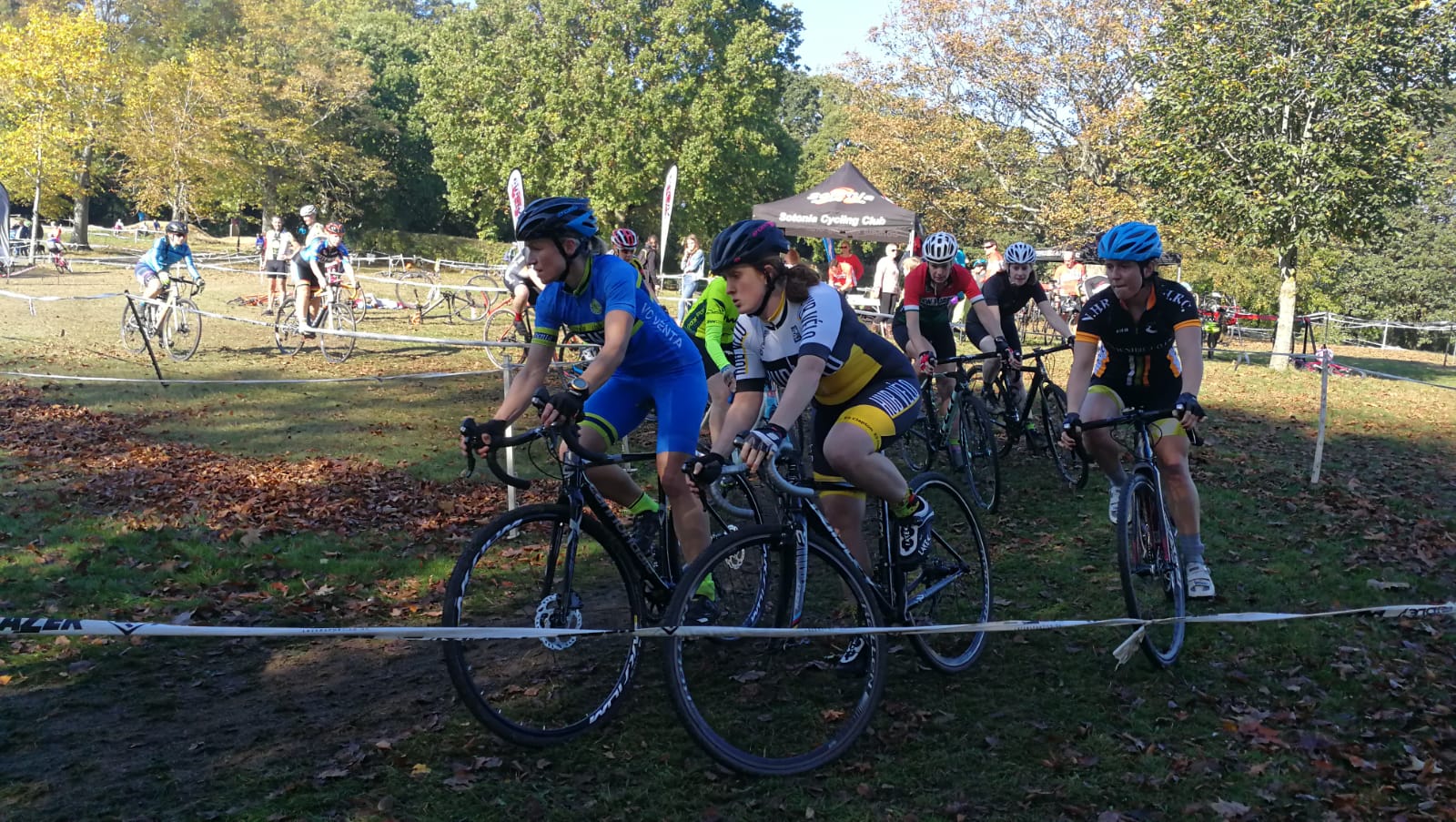 Marika,quickly learning how not to get cut off in the corners.


Another group tackled the Central League race in Hemel Hempstead. The grassy course, fairly dry and with fast corners, was littered with sneakily greasy patches to catch people out, and featured a pretty significant uphill drag (“not very pleasant” to use Karen’s words). 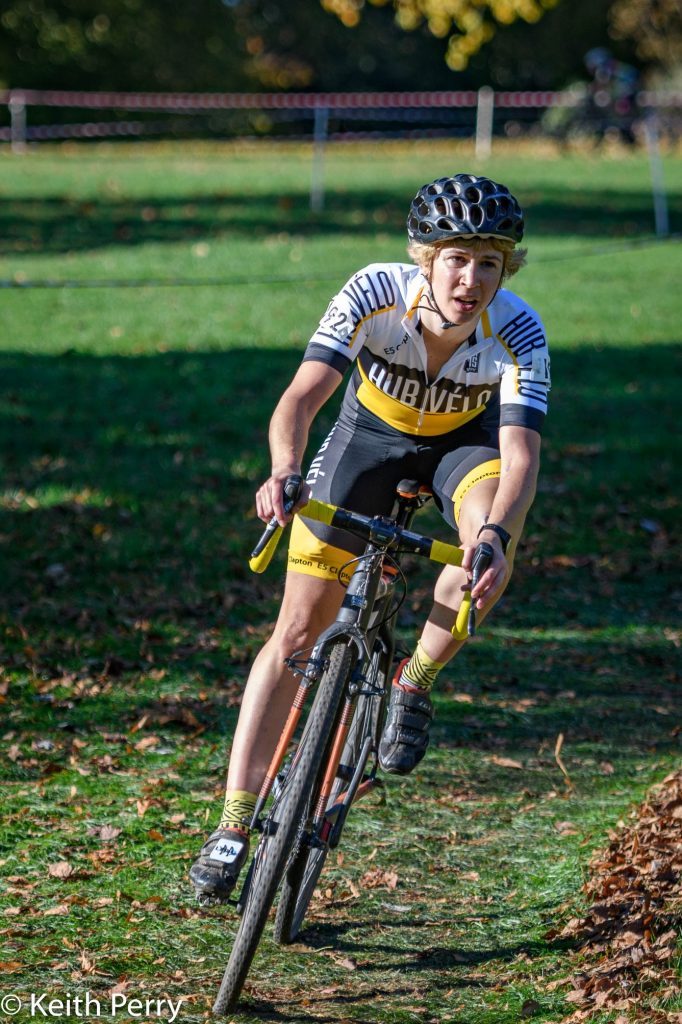 On that front, the results showed big ups, with Karen getting 2nd place in a very competitive Women’s overall category, and big downs, with Hannah sliding out, hitting her head and earning herself a concussion and a trip to the A&E the next morning. Although the results read DNF, luckily things are mostly ok and it’s just going to be a matter of rest for her! 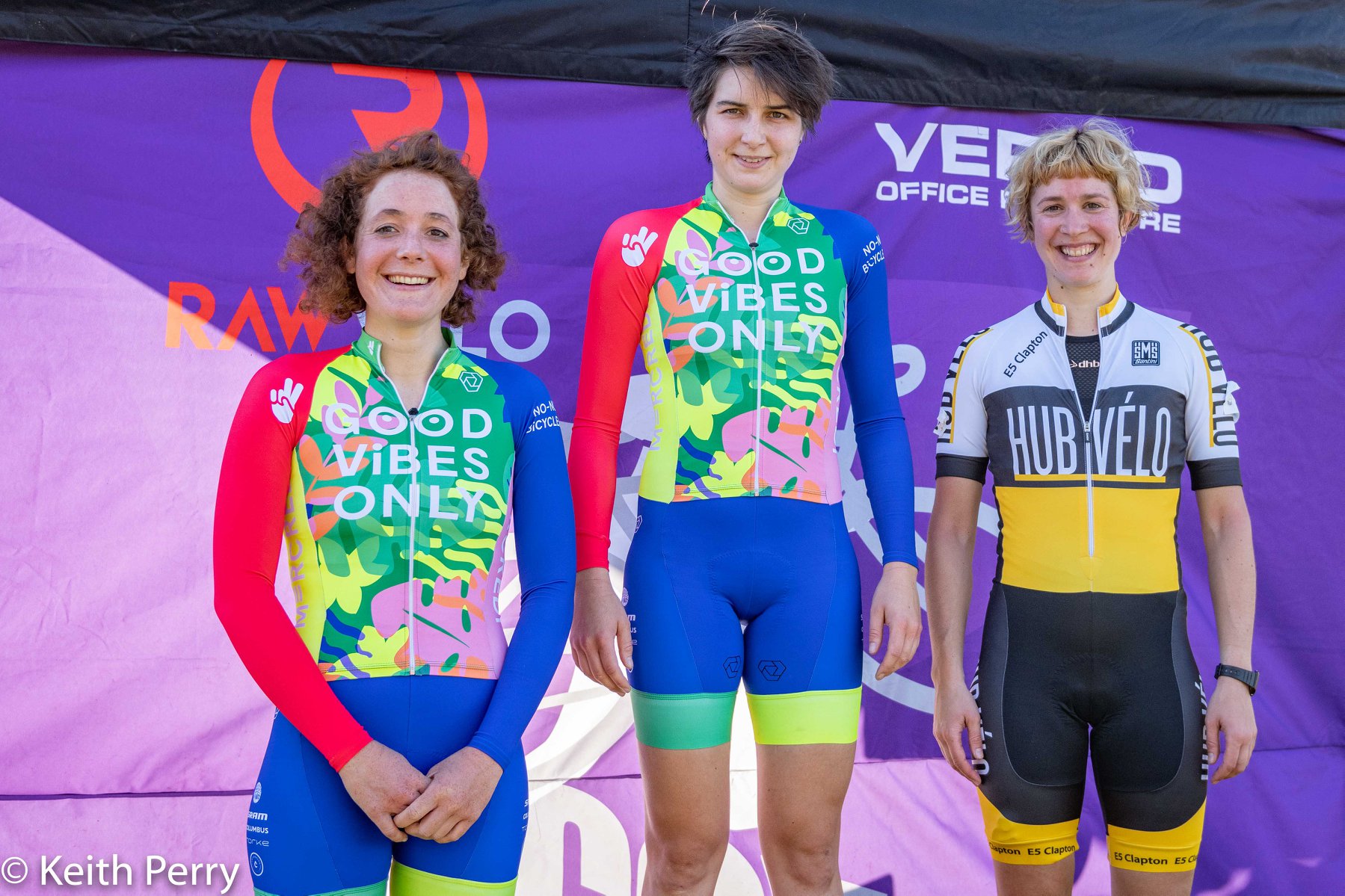 Karen on the CXL podium, sandwiched between Good Vibes Only team riders. 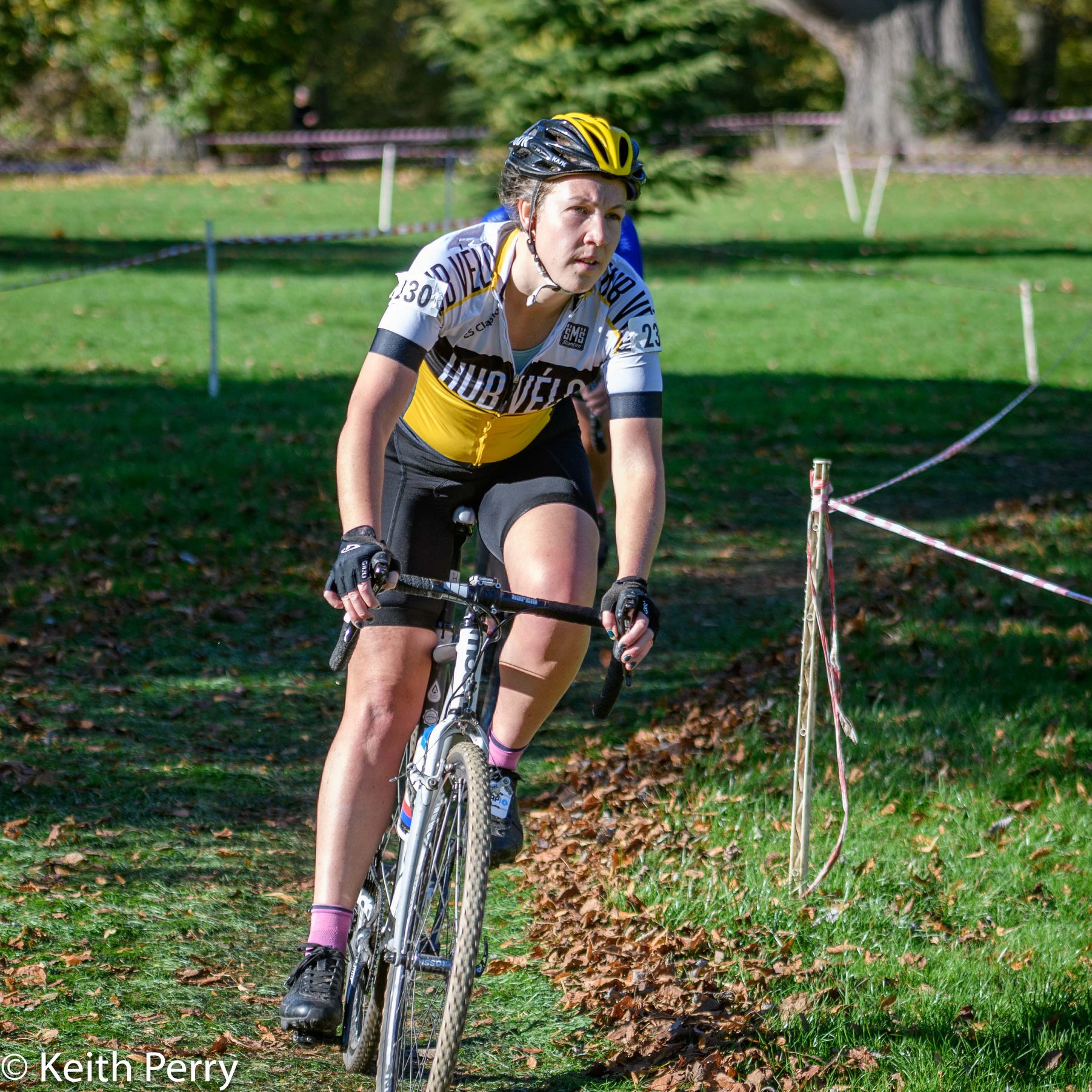 A pensive looking Hannah before a knock on the head put her out of the race.

On the other hand, the ever reliable Adam (Coffman) placed 49th in a huge field of 109 riders competing in the V40 category. 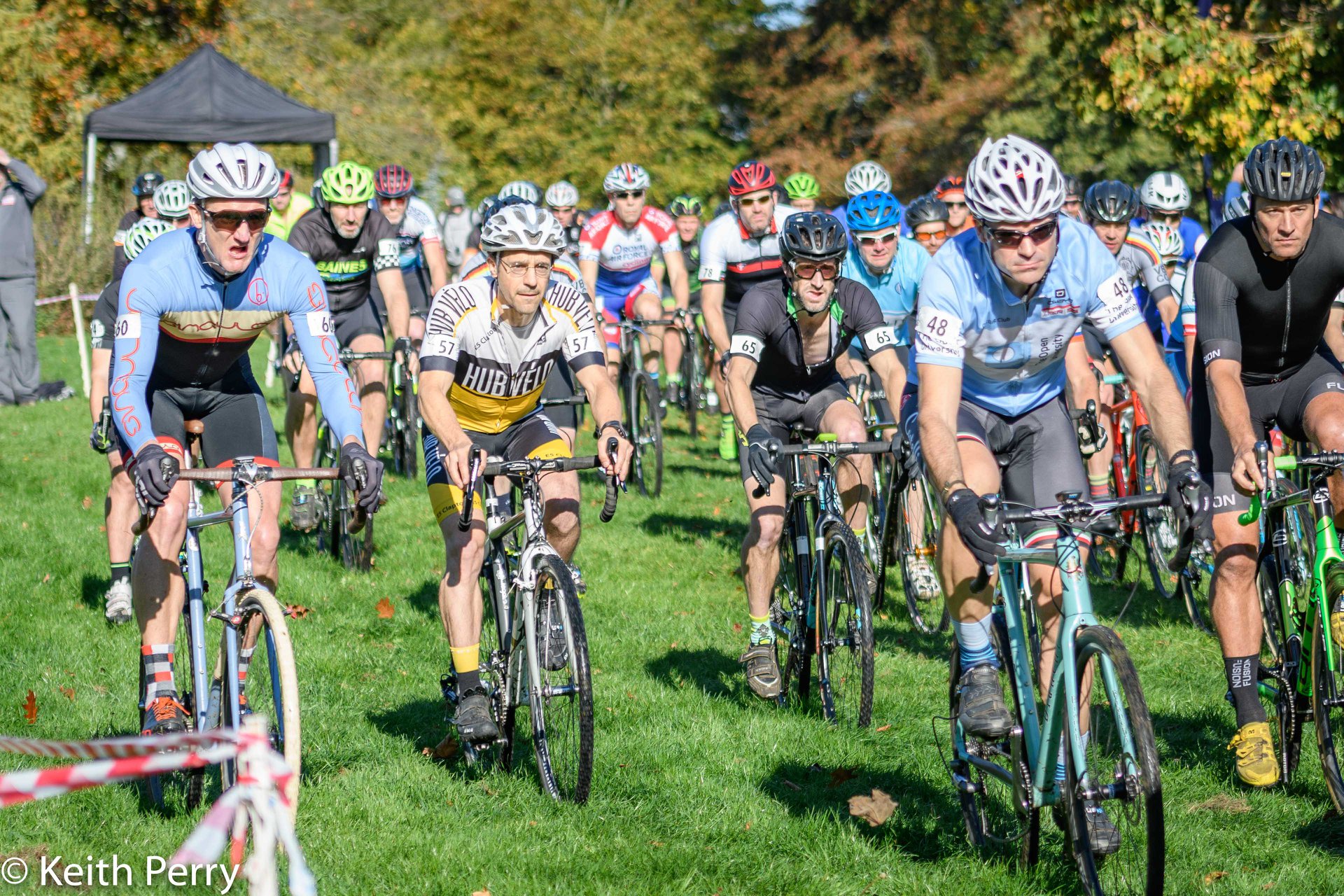 Adam, steady and consistent as always

Lastly, a big pack went on to race the Eastern League round at Mistley. On a brilliant course, featuring plenty of both punchy and draggy climbs, technical features and more than enough space to make moves, things got heated pretty soon in the day with five club members racing among the Youths. Alessandro Sella smashed it and got himself a 7th place, soon followed by Anoushka (14th, 2nd among the Girls), Oli (17th), Serafino (22nd) and Jack (25th). Even more impressive was the fact that they then stayed to cheer on the older guys!

With Mike taking his usual post-3 Peaks break, it was down to Enrico and Gary to fly the HV flag in the older categories. After a pretty slow start and despite experiencing the deflating feeling of being lapped with 3 laps to go by friend of the program James Madgwick (who was absolutely flying on his way to a dominant win), Enrico was very happy with the final outcome. Clearly enjoying the technical and punchy course, he finished in 20th position, 15th among the seniors. Gary held it steady, while taking all the necessary precautions in the treacherous bits, and finished 63rd out of 69 starters. After all, this is all just training for the TT season(#TTiscoming!).

As always, thanks to all the race organizers for putting on amazingly run events all around the area, to the commissaires and the marshalls, without whom racing would be impossible. Thanks also to all the photographers for their hard work and for boosting our egos, and see you next week!