Bologna for the Giro Prologue

There has been much discussion about a Hub Velo trip to watch the Prologue at the 2019 Giro d’Italia, and visit Enrico’s family obviously. Whilst some people have been talking about flying out for a few days others have been debating the merits of another method of travel – the bicycle. 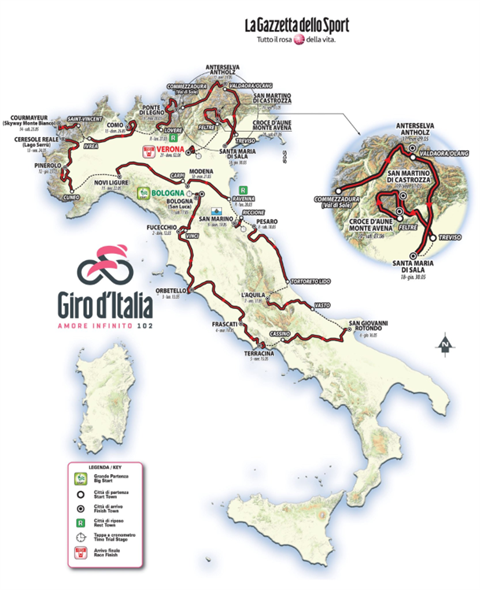 It’s a long way but it is doable. Working backwards from the date of the Prologue will mean leaving on Friday 3rd May quite early to arrive the following Friday. If enough members are keen then we could have a support van!

Across the northern expanse of Calais-Nord into the spiritual home of cycling. There will be some sharp tests over the cobbles to the Belgian border and relaxing that night in Charleroi. A reasonable test but the wind should, fingers crossed be helping.

Back to France, but not before skirting Bastogne and through the whole of Luxembourg tacking the climbs of La Doyenne. It is a massive day of leg testing with 3000m of climbing in the day from the constant rolling hills of the Ardennes. However, at the end of the second day there is the reward of knowing that a third of the job is behind us.

Longish day across the Vosges but just one climb to 670m. A chance to roll and enjoy the ride and only a 2000m of climbing. The calm before the storm – the Alps.

Short recovery day almost with one dig to 780m and just over a 1000m of climbing before the road soars upward into the Swiss Alps.

Into the beautiful Swiss Alps and although only 87km there are 1600m of climbing before perching early to rest and eat well in Andermatt and weigh up options for the possible passes into Italy and the end of the road. 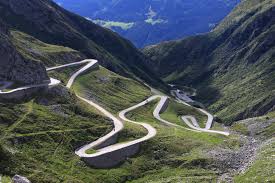 Immediately out of Andermatt and you are on the biggest climbs of the trip. Oberalp reaches 2050m and after descending for 23km its another climb to 1950m over the Mott della Croce Grande before a pleasing and well earned 50km descent and a run to Bergamo. Although this is a long day it is over early and there is an alternative via the magnificent St Gotthard Pass but this will be weather dependent with the pass regularly opening in early May.

Made it and with an average gradient of minus 0.1% it will be a fast and furious 200 into our destination.

The above route is, of course, version one – the numbers of participants and level of fitness may dictate a different route or more days but shorter days. At present it would be great if you could express interest so we can work out further costs and feasibility.