A big HV contingent made their way to Stanborough Park for this year’s Regional Championships magnificently put on by Welwyn Wheelers. Having raced at Stanborough this year already expectations were high for a challenging course. Riders were not to be disappointed in a course that had everything – a long lap included muddy sections, switchback climbs, off camber straights and challenging wet descents.
First up was Vincent Watts Evans fairing far better than his father with his amazing ride in the U12s to take a brilliant podium finishing with a great third place and a bronze Regional Championships medal. Chapeau Vincent! 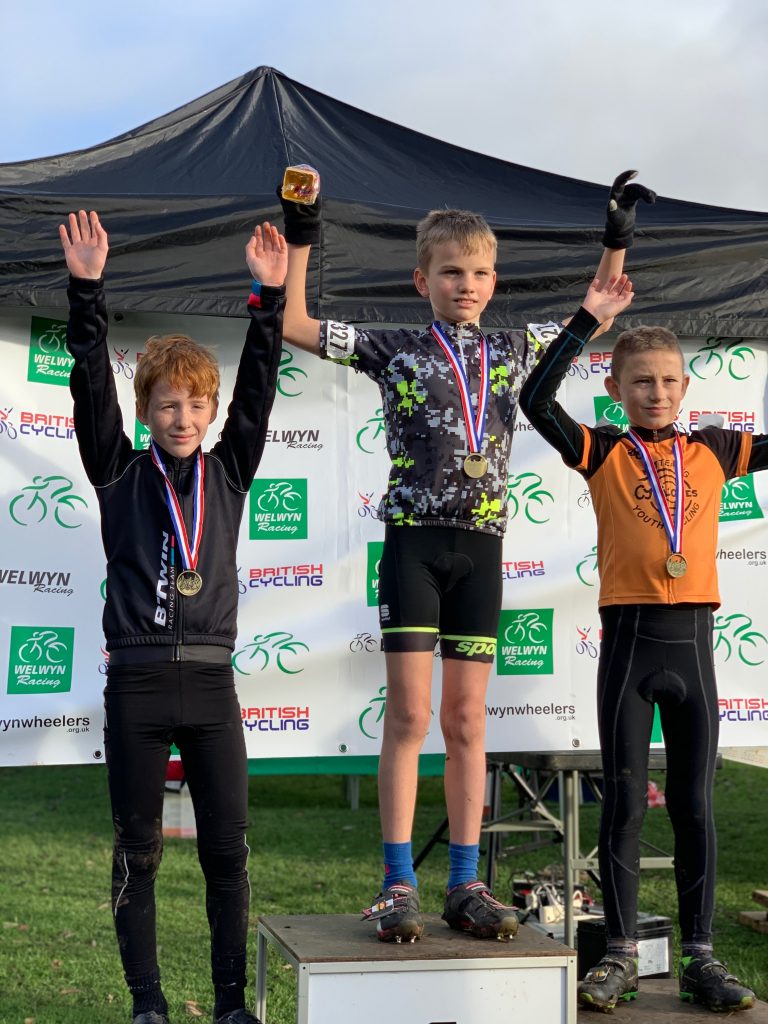 With Anouskha poorly the Youth races were a HV male affair with Serafino Sella racing in the U14. In a great effort he just missed out on the podium by forty seconds. In the U16 Allesandro had a blistering start and was fourth for a time before being caught, but still managed a superb ride to make the top ten in tenth place. As if things couldn’t get better for HV Ollie Griggs played a blinder too, missing out on a top ten by just 1 minute 48 seconds with a great 13th place. Three great results on a difficult course – well done! 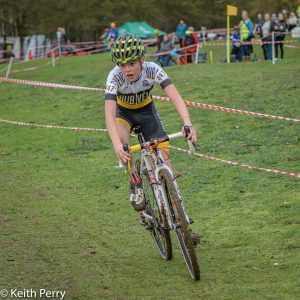 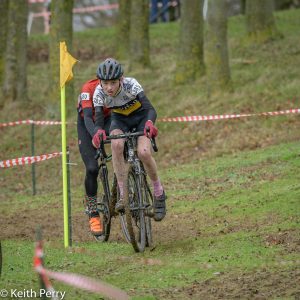 Adam rode in the V40-49 but didn’t hear the commissaire’s “the race will start within one minute” warning, so was taken aback when the whistle blew for the start of the race! Playing catch-up he was pleased to stay upright on a slippery course. He finished 58th out of 80 starters.  Adam said: “This was the most technically challenging course I have ridden this season, but having the support of the Hub Velo gang made the race so much more enjoyable” 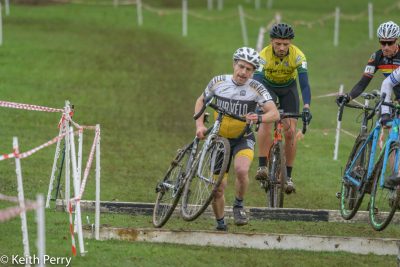 In the V50+ Gary Boyd was finally in his correct category joined by Jason Warre and Lawrence Watts. Occupying the back row of a massive grid the three HV riders fought a rear guard action but had a whale of a time on the brilliant course. After a great start Gary Boyd finished 43rd with Lawrence Watts 44th in the V50s, while a storming Jason Warre finished 7th in the V60s. 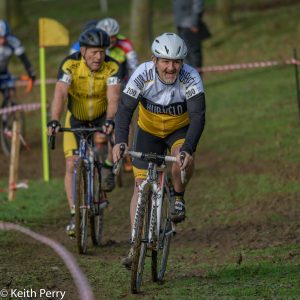 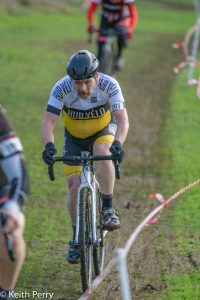 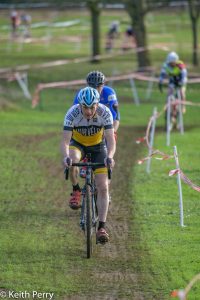 Just before the Seniors’ race commenced, the skies opened up once again, leaving the course in a very changeable and unpredictable state.

James finished in 18th place and said: “The sprint start was enjoyable, having got a pretty decent grid spot and getting near the top 10. The halfway point was also a highlight knowing the end of the suffering was in sight. Slipping on a corner on the final lap and losing 3 places to the guys I had been chasing down for 3 laps was another highlight. The most memorable part was definitely the finishing flag and the mild confusion about what had just happened during the last hour of my life! Must try harder next time.”

Behind him, and towards the back end of the grid, Enrico rode a mostly solo race, always close enough to the next group of riders to see them, but not able to bridge the gap to contend for better placing. In the end, he finished last in the lead lap, with the sun setting and the marshals cheering him on with words of encouragement like “Come on, it’s getting dark”. The results sheet showed a 33rd place overall for him. 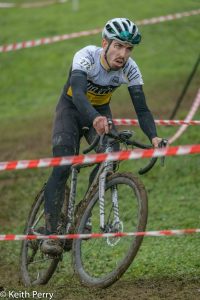 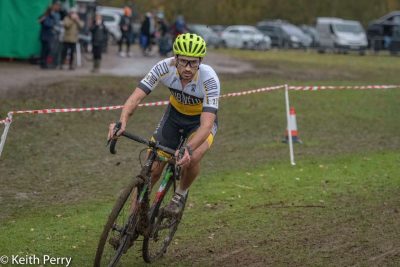 Enrico said, “The heroes of the day, once again, were Karen and Gary, who provided great emotional support to all of the racers and gave us the pleasure of good shouts of encouragement and the knowledge of our position at each lap. It is getting repetitive, but it is undoubtedly true that the support the non-racing club members provide by coming to the races to help out makes the racing experience incredibly cooler and more enjoyable for the riders who take the start line. Thank you!”