A week of racing: 5th-11th November

Earlier in the week, Calvin was back racing at the Winter Track League at Lee Valley Velopark in his off-season (!) after finishing his hill climb season – some say that he’s finally back on track?

Calvin finished 3rd (provisionally) overall in the Omnium despite feeling a little rusty and not having ridden at speed for weeks, let alone on the boards. 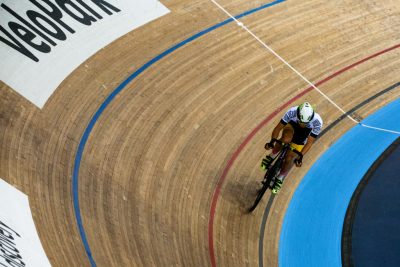 Simon Hooper and myself participated in the Full Gas Cat 4 race at Lee Valley Velo Park. It was Simon’s  first race and my 2nd. First half of the race was quite steady after a rolling start then 2nd half got faster with a few solo attacks that were steadily reeled back in. I had a little go myself but the fierce headwind on the long final straight put a stop to that. Once we got to the last 3 laps someone launched and got a good lead too. The pace got much higher trying to catch him which stretched out the pack. I managed to work myself in the top section of the chasing pack which caught him on the 2nd last turn but unfortunately for me I got caught on the wrong side of the pack and had to ride around the outside the now much slower attacker and totally lost my good position. I then wasted a lot of energy making my way up to the front of the pack but then faded hard in the last 15m losing about 5 positions.  Finished 10th  (again!)

First and foremost – a massive shoutout to Gary and Hannah for all the support and the help they gave. From knitting a HV pompon beanie, bringing cake, taking pictures, helping in the pits and keeping the spirits high (Hannah) to driving all of us there, providing the right tyres and a pit bike + pit support and clean bike each lap to Karen, once again taking pictures and helping me out when my effin’ tubeless rear tyre wouldn’t seal (Gary), they were really the heroes of the day and made all the difference in how the whole experience turned out.

The day kicked off with a very muddy junior race – HV youths represented by Alessandro Sella, Ollie Griggs (Me) and Jack Emerson (U16 boys), Anouskha Minale (U16 girls) and Serafino Sella (U14 boys). that made everyone think twice about bringing only one pit bike, you need two or three! Next up there was a very moving two-minute silence that, funnily enough, was completely silent because all the pressure washers were turned off. It was a great start for Anoushka Minale. Battling through deep mud Anoushka looked comfortable in 4th place. She chose to miss her last pit stop. Half a lap from the finish her trusted Stevens Super Prestige came to a grinding hold. Seeing a number of competitors going past her she had to run the rest of the lap. As a positive Anoushka is taking away the fact that she’s in great form and a better judgement of race conditions. She is looking forward to her next National Trophy race in York in 2 weeks.


Meanwhile, Alessandro was caught in a crash on the first corner that meant he was in the last twenty riders, before flying over the bars in wonderful fashion onto the only patch of green on a very rutted off camber. He continued to move up but had no pit bike as his brother  had a bike problem (his father was on his own with one pit bike and two riders one race) and had to use our shared pit bike.


Alessandro’s bike became more and more clogged with mud until it weighed almost 15 kg (!) there were more crashes, before one ripped his rear mech off. It was a drag to the pits to hop on Serafino’s bike which was too small for him. Serafino suffered from a bad crash that winded him so much he couldn’t breathe and he was taken to the first aid tent. Later on, Karen had a good ride in an incredibly fast elite Womens race and she had a slick bike because Gary and Cornelia did an stunning job of keeping it up to speed. Apart from the lie downs, we all had fun and there will be at least one bike in the shop in the next 24 hours! 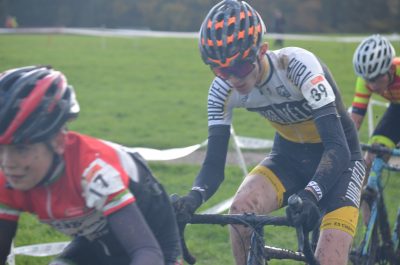 By the time it got to the Elite Men’s race, the course had begun drying out in the wind and sun,
becoming sticky, favouring strong riders with good endurance and effective pit crews. Despite this, the top 20 riders, led by the two Belgian riders, delivered a punishing pace that quickly thinned out the field of over 80 riders.  For Hub Vélo, Enrico pushed on with determination to come in at 75th. 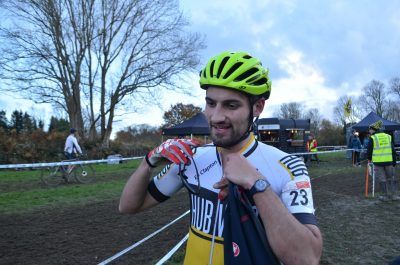 Meanwhile, Isaac Mundy (Madison Genesis) and James Madgwick (Bloodwise-QSW) managed to stay in the top 20 for most of the race. Isaac rode a mostly solo race to finish 16th. James, after a satisfying first few laps battling places at the back of the leading 20, went down hard and had to fight back to finish strongly at 24th. 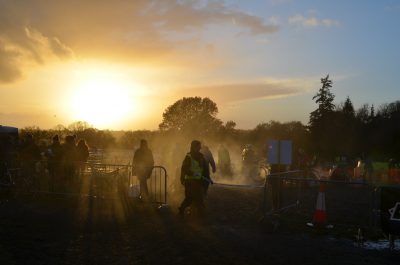 This week’s report was edited and compiled by Calvino!